Want to dig deeper?  Both we and our guest authors share more answers here. 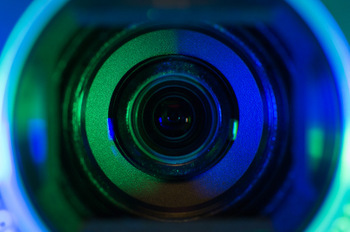 We try to keep our articles short, sweet, and to the point but if videos work better for you then check out the videos below.

We've got the answers you deserve!

Is it possible to obey God’s Law? Much Christian theology asserts that meaningful obedience is not a realistic goal or even that God never intended for anyone to try to obey the Law. Some Christians even go so far as to call the requirements of the Law absurd for any age! But if the Law is absurd, and God never meant for anyone to obey it, why did He even give it?

The Scriptures are a very rich source of material concerning the character of God. I don’t mean for this to be an exposition on the character of God, but if we are to know whether God wants us to try to obey the Law or not, we need to know who He is. Please bear with me while I show you how Scripture reveals a small part of His character.

Read more: Is It Possible to Keep the Law?

While most of this site is dedicated to answering Christian objections to the commandments of God, we should all be mindful of the passages of Scripture to promote obedience to those very same commandments and those who wield them in authority.  These passages do not suggest that our salvation is ever dependent upon works but that works should spring forth in our lives as the reasonable response to the saving work of Messiah.

Pray about, enjoy, and be blessed by these words from the LORD.

Every Torah-keeping believer in Jesus spends a significant amount of time answering questions about why this or that argument against Torah [the Hebrew word for Law] is wrong. Peter’s vision, unwashed hands, the ordinances nailed to the cross, days and seasons, and on and on. We’ve heard them all and we’ve answered them all. I don’t mean to say that answering objections to Torah isn’t important. It’s very important. There is great value in having these discussions with each other, with Christians, and with Jews so long as they are carried on in love. They strengthen the faith and knowledge of everyone involved, and that is an unequivocal good. But once you have worked past the ideas that keeping Torah isn’t sinful and that your salvation does not depend on adhering to a long list of dos and don’ts, what reason does anyone have to take the next step and begin keeping Torah for themselves?

Read more: The Law Is For the Jews

Once upon a time, there was a man who spoke the truth to anyone who would listen. You know how that usually works out in practice. Let me tell you about one particular incident in which some of his numerous enemies set a trap for him, but his superior knowledge of the truth and his willingness to use it turned it around on their heads.

One persistent clique of detractors brought an apparently open and shut criminal case to him and asked what he wanted them to do with the guilty party. He wasn’t a lawyer, a prosecutor, or a judge; he was a teacher and an activist. He knew there was no way they were going to take the person to the police because most of the accusers were also law breakers, and they didn’t want their own crimes exposed. If he said the perpetrator should be punished, they would accuse him of being a vigilante and call in an anonymous tip to the authorities. If he said they should let the perpetrator go, they would accuse him of aiding a criminal. It was an obvious trap, and there was no winning answer to their question.

The man’s response was quite clever.